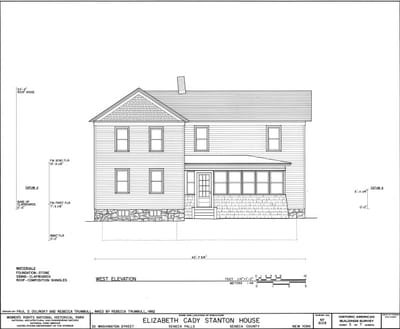 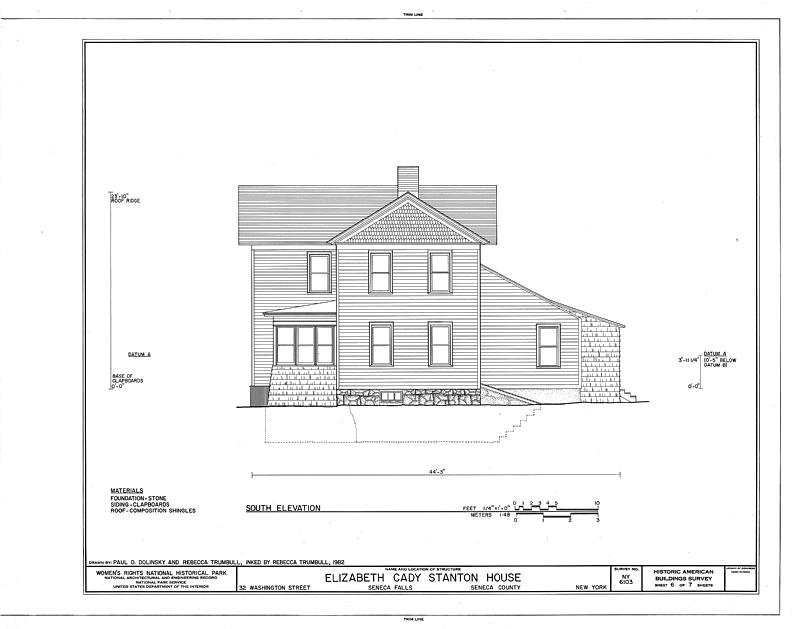 Let woman live as she should. Let her feel her accountability to her Maker. Let her know that her spirit is fitted for as high a sphere as man’s, and that her soul requires food as pure and exalted as his. Let her live first for God, and she will not make imperfect man an object of reverence and awe. Teach her her responsibility as a being of conscience and reason, that all earthly support is weak and un­stable, that her only safe dependence is the arm of omnipotence, and that true happiness springs from duty accomplished. Thus will she learn the lesson of individual responsibility for time and eternity. That neither father, husband, brother or son, however willing they may be, can discharge her high duties of life, or stand in her stead when called into the presence of the great Searcher of Hearts at the last day. Methinks I hear some woman say, “Must we not obey our husbands? Does not the Bible so command us?” No, you have not rightly read your Bible. At the creation of our first parents, God called their name Adam, and gave them dominion over the fish of the sea, the fowls of the air, and every living thing that moved upon the earth, but he says nothing to them of obedience to each other. After the fall, after Noah come out of the ark, he addressed them in like manner. The chief support that man finds for this authority over woman in the Bible, he gets from St. Paul. It needs but little consideration to see how limited this command of St. Paul must be, even if you give it all the weight which is usually claimed. “Wives, obey your husbands in the Lord.” Now as the command is given to me, I am of course to be the judge of what is “in the Lord,” and this opens a wide field of escape from any troublesome commands. There can be no subordina­tion where the one to whom a command is given is allowed to sit in judgment on the character of the command. The Bible argument on this subject would of itself afford sufficient material for an entire lecture. I shall not, therefore, attempt to go into it at this time, enough to say that that best of Books is ever on the side of freedom, and we shrink not from pleading our cause on its principles of universal jus­tice and love.
Let me here notice one of the greatest humbugs of the day, which has long found for itself the most valuable tool in woman—“The Education Society.” The idea, to me, is simply absurd, for women, in their present degradation and ignorance, to form sewing societies for the education of young men for the ministry. An order of beings above themselves, claiming to be gifted with superior powers, having all the avenues to learning, wealth and distinction thrown freely open to them, who, if they had but the energy to avail themselves of all these advantages, could easily secure an education for themselves, while woman herself, poor, friendless, robbed of all her rights, op­pressed on all sides, civilly, religiously and socially, must needs go ignorant herself. Now, is not the idea preposterous, for such a being to educate a great, strong, lazy man, by working day and night with her needle, stitch, stitch, [sic] and the poor widow always throws in her mite, being taught to believe that all she gives for the decoration of churches and their black-coated gentry, is given unto the Lord. I think a man, who, under such conditions, has the moral hardihood to take an education at the hands of woman, and at such an expense to her, should, as soon as he graduates, with all his honors thick upon him, take the first ship for Turkey, and there pass his days in earnest efforts to rouse the inmates of the harems to a true sense of their degradation, and not, as is his custom, immediately enter our pulpits to tell us of his superiority to us, “weaker vessels”—his prerogative to command, ours to obey—his duty to preach, ours to keep silence. Oh, for the generous promptings of the days of chivalry. Oh, for the poetry of romantic gallantry. May they shine on us once more. Then may we hope that these pious young men, who profess to believe in the golden rule, will clothe and educate themselves and encourage woman to do the same for herself ; or perhaps they might conceive the happy thought of reciprocating the benefits so long enjoyed by them. There is something painfully affecting in the self-sacrifice and gener­osity of women, who can neither read nor write their own language with correctness, going about begging money for the education of men. The last time when an appeal of this kind was made to me, I told the young girl that I would send her to school a year, if she would go, but I would never again give one red cent to the Education Soci­ety. And I do hope that every Christian woman, who has the least regard for her sex, will make the same resolve. We have worked long enough for man, and at a most unjust and unwarrantable sacri­fice of self, yet he gives no evidence of gratitude, but has, thus far, treated his benefactors with scorn, ridicule and neglect. But, say they, you do not need an education as we do. We expect to shine in the great world. Our education is our living. What, let me ask, is the real object of education. Just in proportion as the faculties which God hath given us are harmoniously developed, do we attain our highest happiness. And has not woman an equal right to happiness here as well as hereafter? And should she not have equal facilities with him for making an honest living while on this footstool? 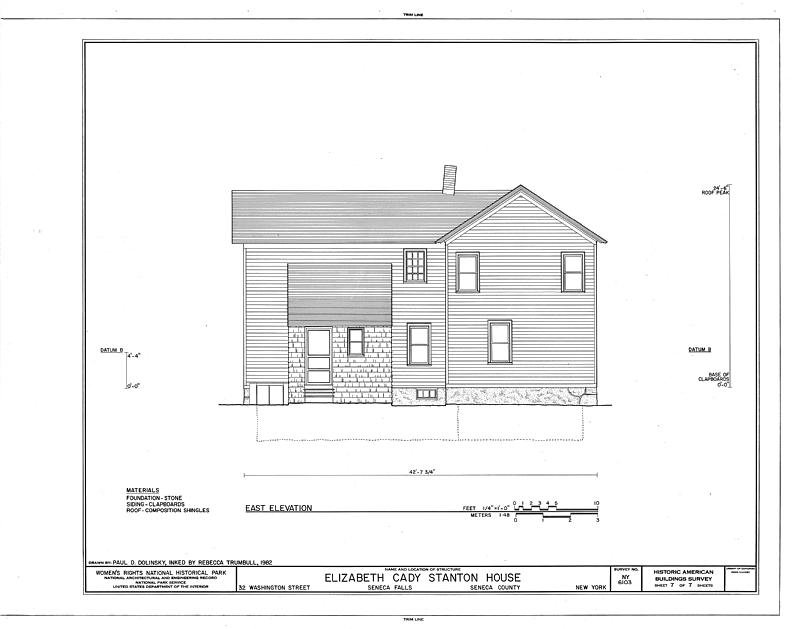